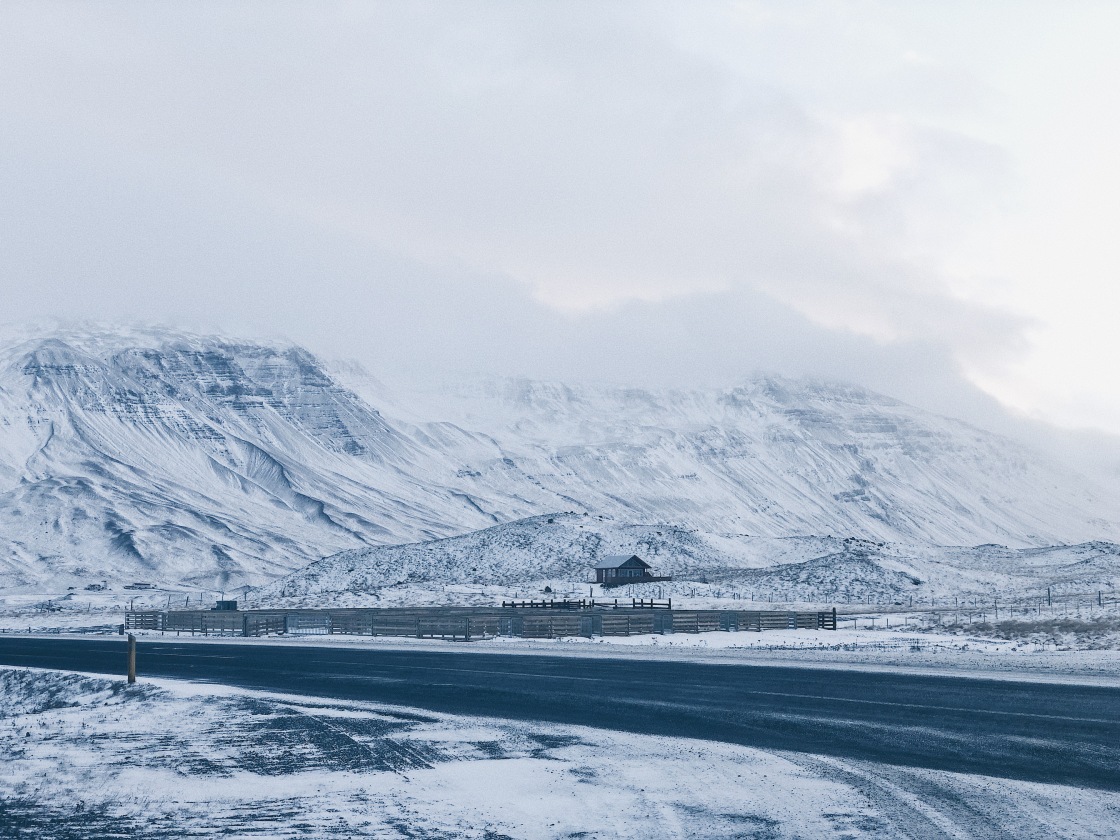 ICELAND: NORTH OF THE WALL

Picture this: You’re driving down a long two-lane road, fields of moss and snow are on your right and cliffs dropping into the black Atlantic Ocean are on your left. You’re playing your “granola” playlist, full of songs by Mumford & Sons, Of Monsters and Men, and The Lumineers. The windows are down even though it is freezing, and you’re singing at the top of your lungs with your best friend.

That’s what it’s like driving through Iceland, north towards the wall. Soon, you see a daunting mountain in front of you; however, it’s not a mountain? It is a literal wall. That’s when you know you have made it. From there, you follow the road around lakes, one small village, and large mountains. There is nothing around you and you get lucky when finding a gas station. It gets darker outside, a blizzard blocks all your view, and you pray for the best. You finally make it to your AirBnB, the only AirBnB in the entire part of the country. His name is Olí, and he soon becomes your Icelandic Grandpa. 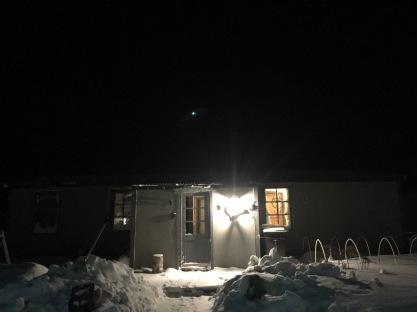 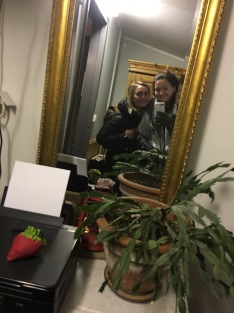 By the time you there, you have already passed one car wreck stuck in the snow and it is pitch black outside but only 6pm. You ask him for dinner recommendations and he informs you that the only place open is a small pizza shop down the road. It’s okay, it’s all apart of venturing North of the Wall. 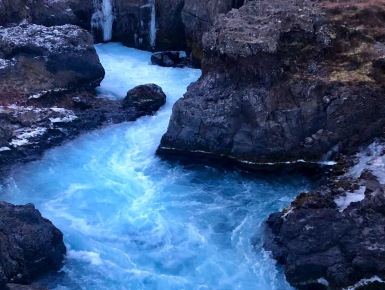 MG and I were in shock after the drive, so we googled the best thermal spa where we could have a true Icelandic experience and get warm in a naturally heated pool. We make it to the spa, literally in the middle of nowhere, and it is empty except for two very large native Icelandic men. They inform us they had spent the day shearing sheep (swoon) and invite us to have beers after. Me, having grown up watching murder shows with my grandma, quickly made an excuse. We get ready to try the thermal pool and are informed it’s not working (????? aren’t these things natural??? Is all of Iceland a lie???) and they claimed that we could still try it so we went to be brave and instead found a PITCH BLACK lake that has who knows what inside of it, I feared for a sea monster. We quickly scurried back home to Olí. 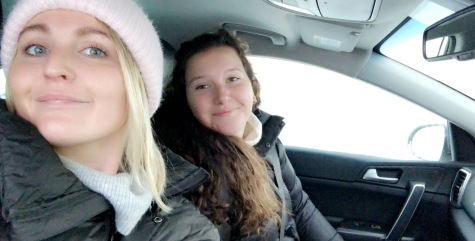 That night, we stayed up peeking out of our window, waiting for the Northern Lights to start their show. Here we were, multiple layers of warm pajamas, half asleep, and I saw a glint of green outside my window. Olí raptly knocks on our door, exclaiming in his heavily-accented English that now was the time to explore and find the lights. In our slippers, we run outside, start the car, and drive towards nowhere. It’s like chasing to find the end of the rainbow. Finally, we made it. They were right over our heads, dancing so close it was as if we could touch them. It was magical. We both cried. 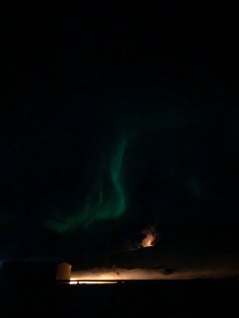 Yes, that is the best picture I could get. I just advise you to go see it for yourself.

The next morning, since the sun doesn’t rise until 11 am, we slept in and left before the sun was up. We said our goodbyes to sweet Olí and had already started preparing our 5-star review for him. We drove towards the lake where a couple scenes from Game of Thrones had been filmed, our eyes searching for Jon Snow or a wildling. 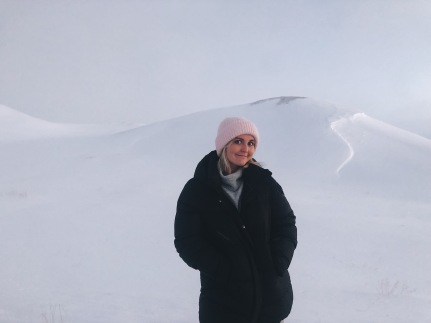 What we saw those two days is incomparable; I am positive nothing I ever see will be as magical as the waves of snow surrounding our car and the black lake glimmering under the sun. A village of 500 people, no one else around for hundreds of miles. Hidden waterfalls appearing out of nowhere. 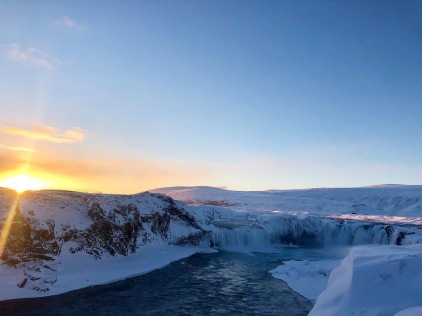 While it’s always great to go on vacation to a historic European city and to be able to walk out of your hotel room and hit the ground running each day, driving to what felt like the ends of the Earth can never be topped. Just be sure to not pack light, you will need every layer you can put on your body. Like Joey, in that one episode of Friends.

Just google some spots in Northern Iceland and make a google map trip out of it, adding spots as you go! Total trip will take around 8 hours.

One of the most infamous restaurants in Paris — the best meal, the best wine, the best night! Link in bio <3
Working at Lulu definitely had its perks — including a closet full of leggings. Click the link in bio to see a list of my personal favorites!
Sure, Pinterest and Google can give you the best places for an Instagram shot, but what about that feeling deep in your gut that tells you this spot is magical? Yea I may not give you that either but I can try!! Link in bio :)
Life update! I know it’s been awhile, but I’ve been busy LIVING ! Gross I know. Anyway, link in bio !!
faire du shopping aujourd’hui!
Best meal in Paris so far — even if it’s Italiano
Follow URBAN FLEUR on WordPress.com
Loading Comments...
%d bloggers like this: